While Riskalyze no longer supports an integration with HiddenLevers, we recognize that our advisors may continue to use their risk scoring and want to compare results between the two.

Please note: Riskalyze and HiddenLevers measure risk in significantly different ways. HiddenLevers Risk Tolerance score measures the maximum drawdown a client/prospect is comfortable experiencing before needing to see a recovery. Riskalyze looks at the 6-month 95% probable downside. This means that the potential loss number Riskalyze sends over under represents the potential loss the client/prospect may experience.

For example, let’s look at a client with a Riskalyze Risk Number of 70: 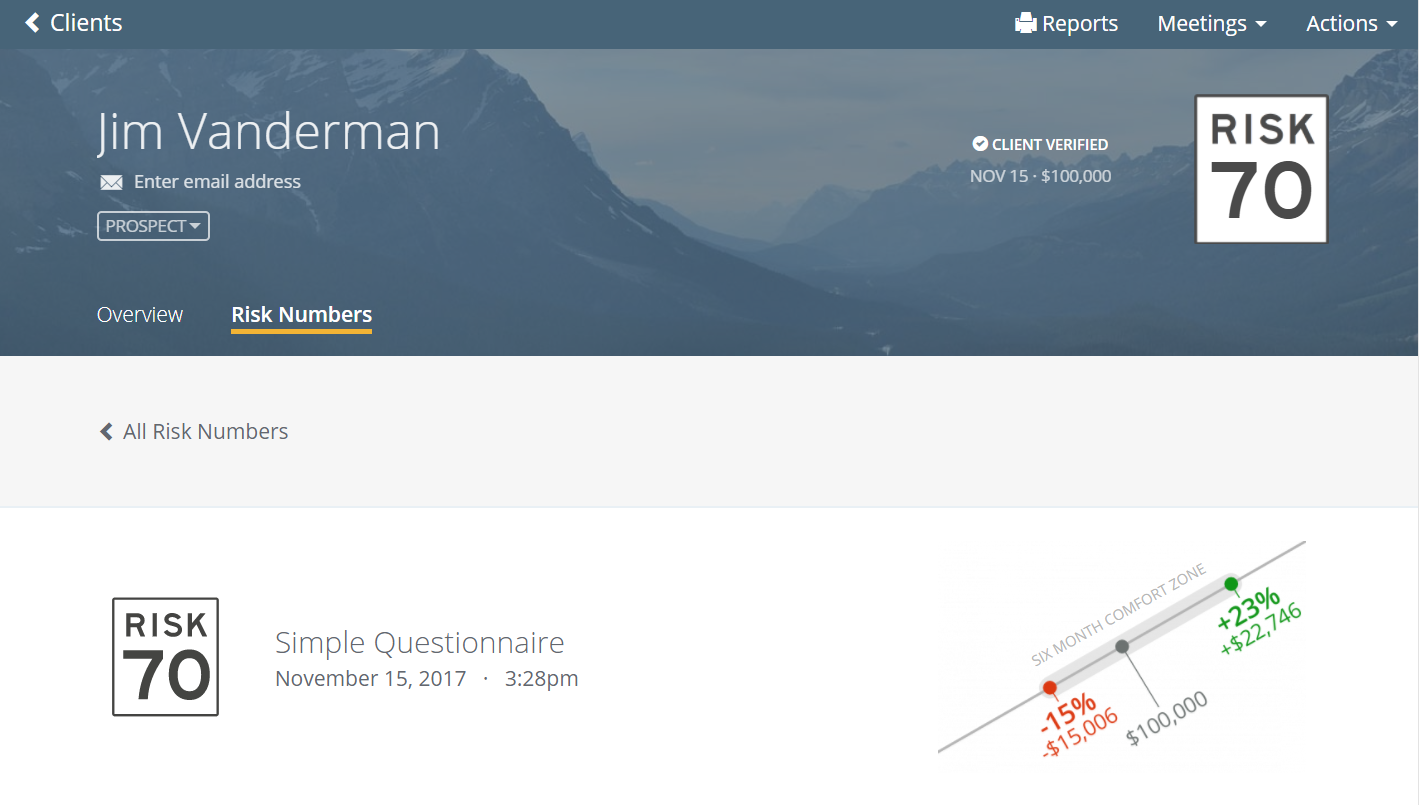 We can see that they have a 6-month potential loss of 15%. This is what you may want to put in HiddenLevers as the risk score, but it is not the same measurement.

If we look at a model with a Risk Number of 70 in Riskalyze, we see what this means: 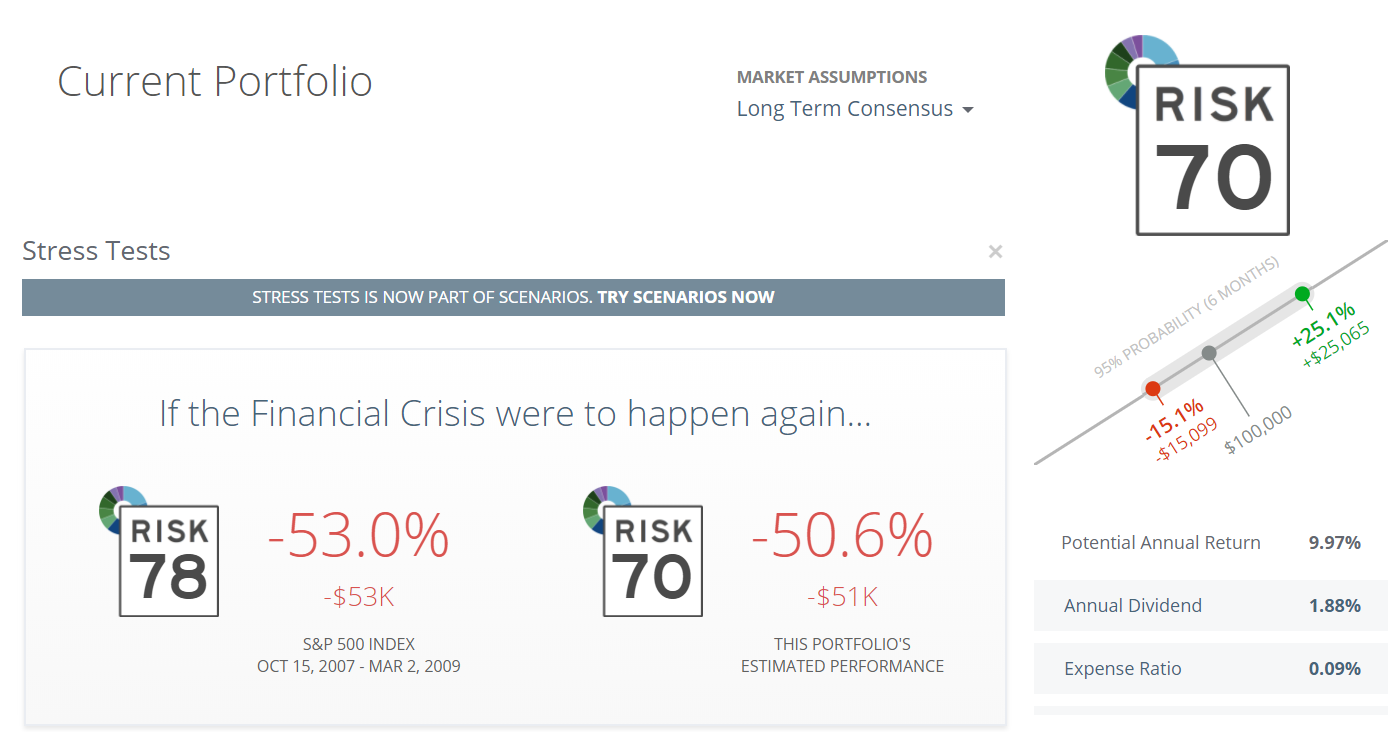 Unfortunately, there isn’t a clear translation of the Riskalyze Risk Number into a HiddenLevers Risk Tolerance score. Generally, it’s safe to take the 6-month downside shown in Riskalyze and multiply by 3x to get the approximate HiddenLevers Risk Tolerance score. So, for the example above the client with a Risk Number of 70, which has a 15% 6-month loss chance, would translate to 45% down in HiddenLevers. Please note that Riskalyze risk numbers follow a standard statistical distribution. This means that scores of ~75 or higher will translate to the largest loss tolerance number in HiddenLevers, 50%.