What is scenario progress?

Scenario Progress provides a measurement of how much of a scenario has already played out in the marketplace. For instance, a crash scenario might call for an S&P decline of 40% from current levels. If the S&P were to decline by 20%, then HiddenLevers' model would indicate that this scenario is 50% complete, with only 20% additional downside remaining. Taking this approach enables the HiddenLevers scenario model to account for daily changes in the economic environment. 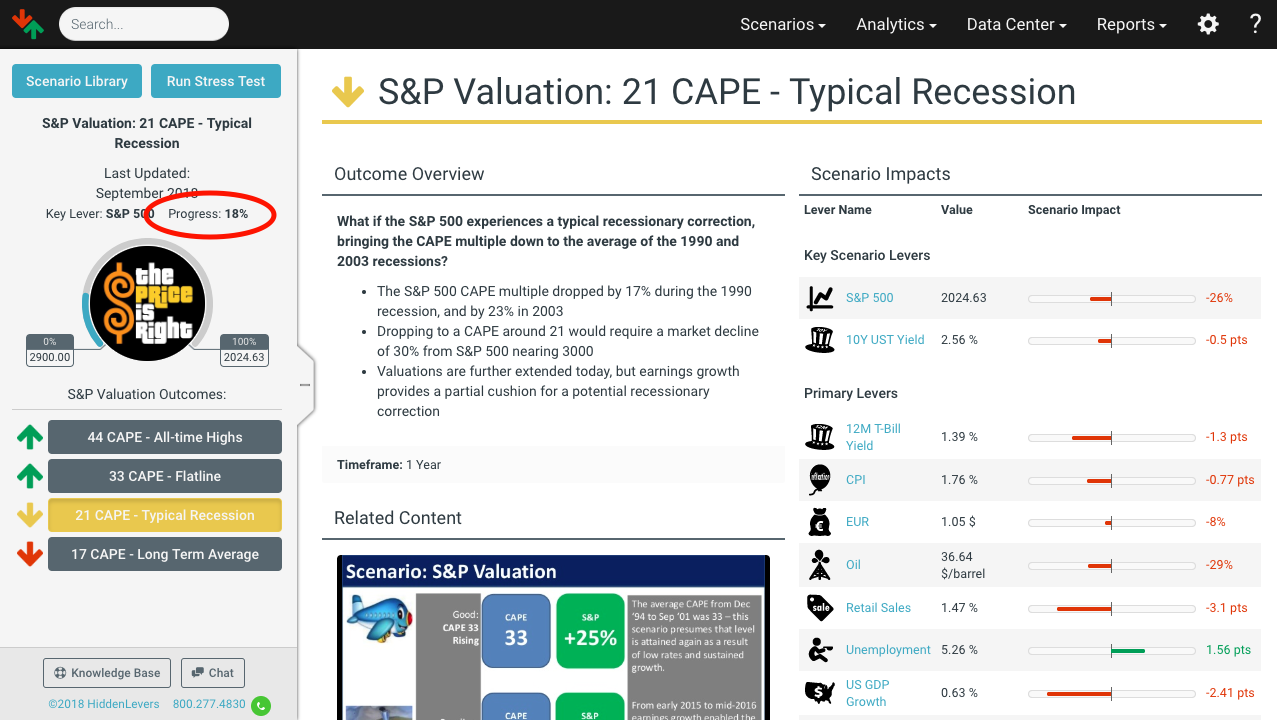 And this is where it appears in a report (circled in red): 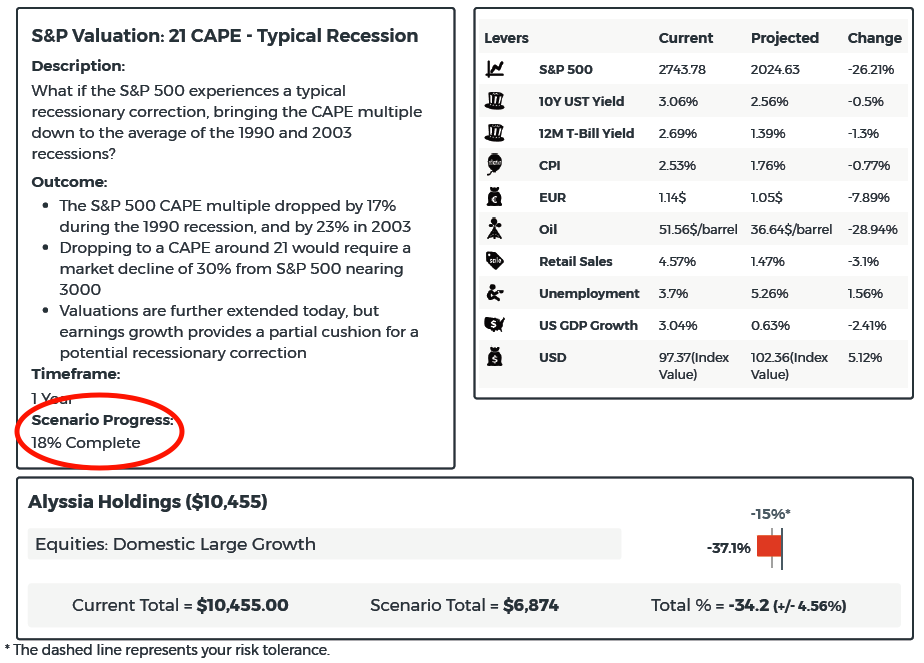